In the first few minutes of Borderlands 2’s Tiny Tina’s Assault on Dragon Keep DLC (which you can Buy here, coincidentally), Gearbox fires a round that immediately puts you on board. Tiny Tina is the DM in a DnD game for her fellow Vault Hunters. As a player, you look at the world it describes, through the eyes of one of the characters in it. But there is a dispute over Tina’s creative direction. Why would it be a beautiful day if the wizard had just ransacked the city? And why is there a rainbow in the sky? Tina must improvise a few tonal changes on the fly, plunging the world into eternal night before your eyes. It’s a visual capture of a moment, but think about the level of conceptual abstraction its developers just thrilled you with: you’re a DnD character in another character’s imagination, in a game video, watching her change your reality in order to assuage the suspension of disbelief of her friends, certain video game NPCs.

This new level of fourth wall breaking and genre play defined the DLC and made it popular enough to bring us here, to a standalone game. Tiny Tina’s Wonderlands resembles Borderlands: The Pre-Sequel in scope rather than a main sequel, but in imagination and tonal confidence it’s way ahead of this lunar butt-crushing diversion. It’s basically a comedy improv class, expressed in the form of a looter shooter.

The preview version made available to PCGamesN includes two classes, the Graveborn and the Stabbomancer, and a few hours of gameplay that seems to come from the first third of the game.

Led by a creaking ember named Jar, the local goblins are revolting and it’s up to you to shoot things to further their Marxist cause. That means exploring a Euro-Medieval fantasy world steeped in Borderlands-isms like fast travel teleporters, vending machines, and boxes full of loot every 4.5 steps.

Remove the forest glades and old English-sounding weapon names and you’re still playing in the usual Borderlands pattern, using ranged weapons and character abilities on gibberish enemies that knock numbers out of their heads. when you shoot them, and running to switches with quest markers on them and pressing “use” to advance the story via a disembodied voice-over exposition. As always, the magic isn’t just in the mechanical satisfaction of shooting – still excellent, by the way, and largely unchanged from the last mainline game – but also in the meaning Gearbox gives to what you do. 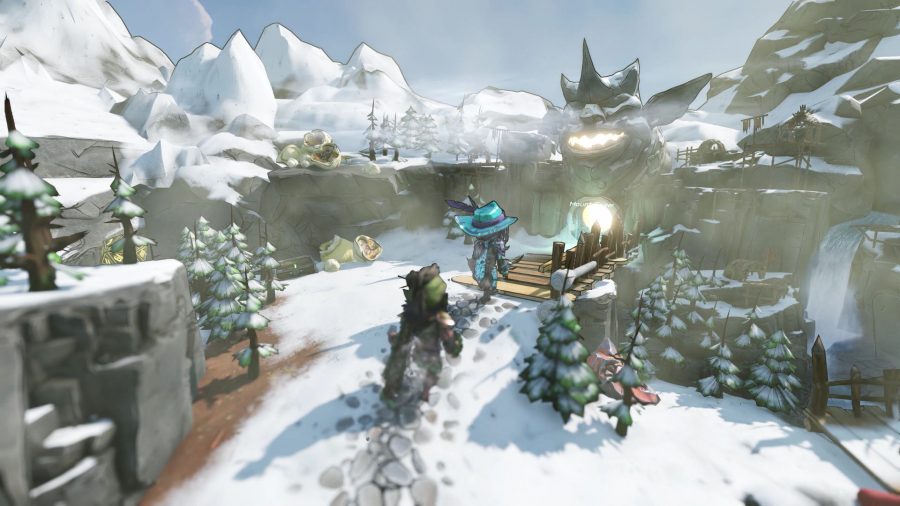 I thought I was too old and bitter to care about some goblins cheering in a cleared camp as they raised a GTFO flag in the name of freedom, but I’m glad to find out otherwise. I didn’t expect to find Tina’s set delivery so funny for so long, as she pops up to push the story forward to her DnD audience. Again, wrong and happy about that.

Borderlands spins a good thread, and the DnD conceit gives it plenty to riff on

Of the two classes I’ve played with, Stabbomancer feels far more satisfying. Unleash their special and they become invisible and only deal critical hits for an extended period. Spend a few points to minimize ability cooldowns and mitigate your damage while moving, and you can essentially play as an easy-trigger version of Garrett the Master Thief. His other special is a sword you throw that hovers in place, dealing its own melee damage for a while, which wasn’t quite as fun but feels Wonderland appropriate. And then there’s the massive fireball that you can summon from the sky at will, on a short cooldown, when you feel like all that stealth is overrated.

The Graveborn is a little more complex to play. Her specialty is sacrificing some health to do a massive AoE attack, while she also has a summon that deals a small amount of damage to her, like Mordecai’s Bloodwing in previous games. Later levels grant additional summons, and one of her skill pools stacks damage dealt with the most summons she has active, so she’s a bit of a traditional DnD ranger-monk hybrid. 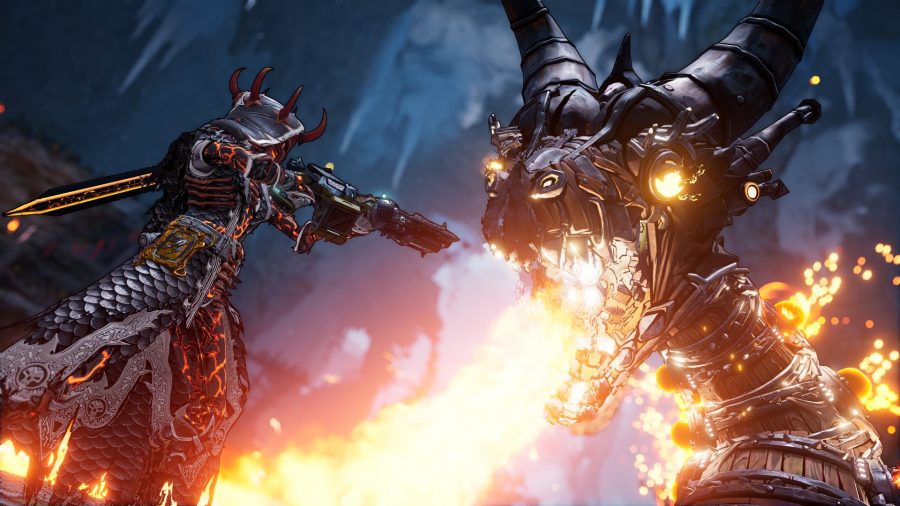 These classes, like the missions we’ve played and the loot descriptions, are all thematically cohesive in a way that feels like sitting in an expertly crafted antique chair. You’re in good company with Borderlands spinning a thread, and the DnD conceit gives it plenty of material to riff on. Tina does a great job of playing with your expectations and being all post-ironic, which is at least half the reason why I enjoyed the original DLC so much.

Where it seems to be lacking, however, and just a touch, is in engaging. I want my paradigm shifted more drastically and more frequently by Tina’s improvised DMing. I want melee weapons to feel more showcased in this fantasy setting. I want more new features that seem totally out of the ordinary, and more mechanically specific to this setting. Maybe it’s in there and I just didn’t see it. But despite my undeniable enjoyment with this preview installment, I felt like Gearbox was trying to make the most of the resources it already has rather than fully commit to fleshing out new ideas.