Another successful PWBA season to conclude… – The Morning Sun

Boris Gelfand, winner of the second semi-final, faces Leinier Domínguez, winner of the first semi-final against Chinese Ju Wenjun. The finish seems very balanced. Maybe Leinier is a bit stronger right now, but Gelfand certainly has the prowess to beat anyone in the world on a good day, so it’s hard to say that either of these two big players is clearly a favorite. . What is certain is that this Sunday, from 3.30 p.m., a great chess show awaits us which will decide who will win this XXXIVth edition of the Magistral.

Matches take place over four matches with a time limit of 20 + 10. If the match ends in a tie, two blitz games (5 + 2) will follow, and if these also lead to a tie, an Armageddon game will decide the match.

In this second semi-final, Gelfand was significantly superior, except perhaps in the first game, when Santos showed better preparation. However, in the short time between matches, the Israeli was able to figure out how to improve his game in the same variation. In the fourth meeting he was far superior and only the excess of optimism displayed in the third, when he embarked on an unnecessary queen sacrifice, gave the scoreboard some excitement. A well-deserved victory for Boris Gelfand, and a lot of experience gained by Jaime Santos. 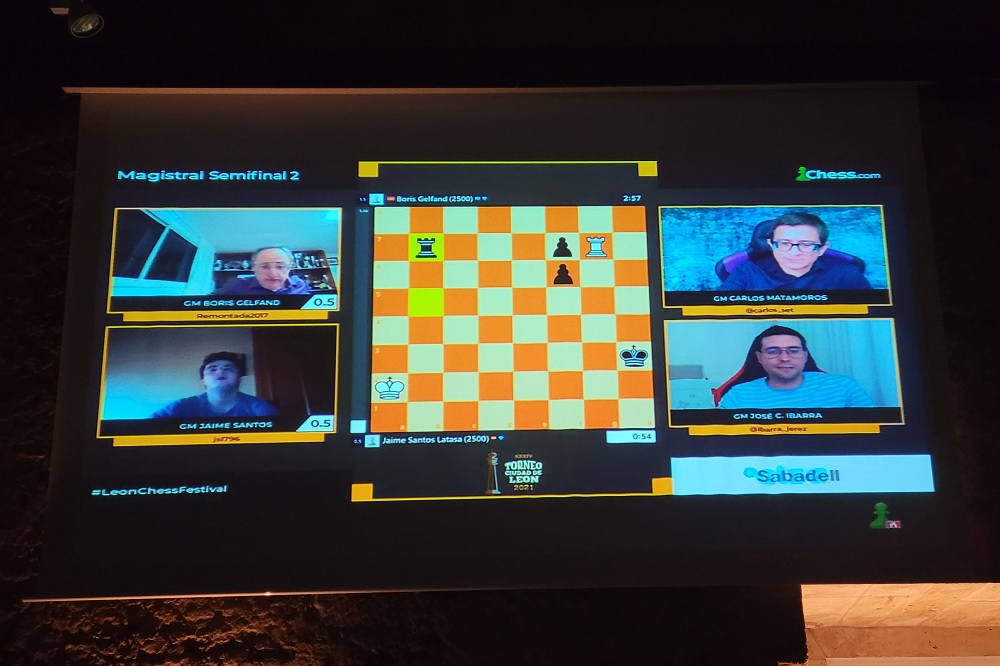