The winner of the popular Fat Bear Week contest in Alaska has been revealed … it’s Otis the Brown Bear!

He has already won the competition three times and beat the finalist this year by more than 6,000 public votes.

The competition is held every year and an annual competition comparing the pre-hibernation weight gain of the tallest inhabitants of Katmai National Park. 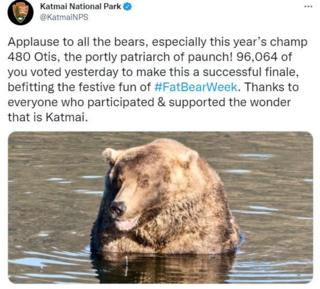 Gaining weight is essential for bears that go into hibernation during the winter, allowing them to come out healthy in the spring.

Because of this, they eat a lot during the short summer and fall season in Alaska, eating a lot of fish, berries and roots, grass, and small land creatures.

Fans were thrilled to see him as the underdog of Fat Bear Week this year as he also started eating late and was very thin at the start of the season.

Staff and photographers inside the park document the transformations of furry residents for the online tournament, which champions Katmai’s conservation efforts. 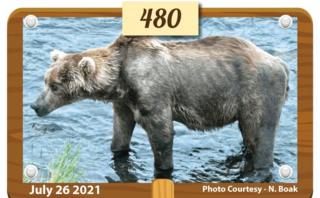 The transformation of 480 Otis before …. 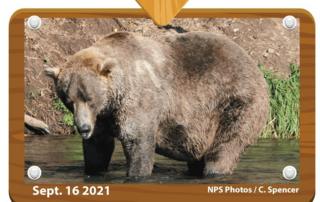 … and after her big breastfeed for winter.

Almost 800,000 votes were cast this year before Otis was crowned on Fat Bear Tuesday, the final round of the week-long contest.

He has long been one of the most popular bears in Katmai National Park and even has his own social media account.

22 universities will participate in the 9th GCC Sports Tournament

Dr Maryam Al Mannai Doha: The Organizing Committee of the Ninth Edition of the GCC …